In 1945 the legal Polish Government of Poland, then in exile in London, foresaw that the conclusion of hostilities in World War Two would not end in victory for all the Allies. Tragically, by then , Poland was once again occupied, this time by Soviet Russia.

The end of the war  saw British and American capitulation to Soviet demands at the inter-Allied conferences held in Tehran, Yalta and Potsdam, and the consequent withdrawal of their recognition from the legal Polish Government in London. Subsequently VE Day only brought victory to the more fortunate nations of Europe. The majority of Eastern/Central Europe was given to the USSR and remained enslaved by the Soviets for the next fifty years. Amongst these countries was Poland, the ‘first ally’, whose sovereignty was “guaranteed” by Britain and because of whom Britain went to war in 1939.

Amongst the Free Polish Forces in the West, morale started to fall. Despite boasting the fourth largest Allied army in Europe,  Poland was not invited to participate in the 1946 London Victory Parade. Present in a whooly  private capacity, tearful members of the Polish Armed Forces were to be found amongst the crowd.  Their tears however, these were not tears of joy.

Some returned to their motherland, only to face harassment, difficulties in getting work or furthering their studies, having to hide the heroic deeds for which they had previously been honoured. Many were imprisoned and even executed – some as soon as they stepped onto Polish soil, others later.

However, the majority of the Polish Armed Forces in the West stayed as political exiles in the West, carrying on the struggle for the independence of Poland, but now armed only with their protesting voices.

The main initiator of creating a lasting Institute in the memory of General Władysław Sikorski and thereby also to the Polish Armed Forces in the West, was the ex head of the Office (Chef de Cabinet) of the Commander in Chief and between 1944 and 1948 the Head of the Archives Section of the Polish Armed Forces, Lt. Colonel Zygmunt Borkowski, who became its first Director.

The beginning of the Institute dates back to 2nd May 1945 when the President of Poland, President Władysław Raczkiewicz, agreed to the formation of the General Sikorski Historical Institute  and by Presidential decree ordered the Commanders of the Army, Navy and Air Force to transfer legal ownership to the General Sikorski Historical Institute, all of their “symbols and decorations”. At the same time, by a resolution of the Polish Government, the transfer was ordered of all government and military archives to the  Institute .  To prevent the possibility of the Soviet dominated Polish Communist authorities in Poland putting pressure on the British Government to surrender the Institute’s collections to them, the Institute was created as a non-governmental organisation and was registered as a limited company, governed by Trustees, additionally becoming a registered Charity; a status, which it retains to this day.

The widow of General Sikorski, Helena Sikorska, donated 365 exhibits, twenty cases of documents, his library and fourty-seven files of her late husband’s official diary as Commander in Chief, to an eleven person committee which was entrusted with facilitating research into General Sikorski and the times in which he lived. 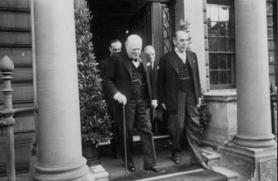 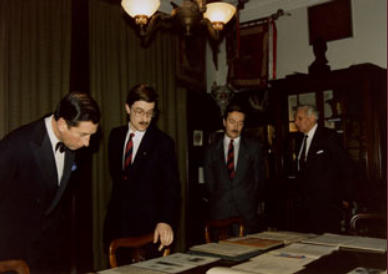 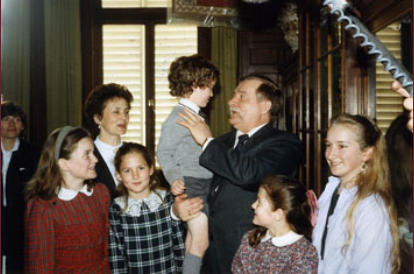 In turn, the 11 founders appointed the Institute’s first Council comprising the following people:

The first meeting of the Council took place on the 13th December 1945 at the Dorchester Hotel when the first Executive Committee entrusted with and responsible for the day-to-day running of the new organization was elected as follows:

In July 1946 as a result of voluntary donations from members of the Polish Armed Forces and civilians, sufficient funds were raised to purchase the freehold of the premises at 20, Prince’s Gate London SW7 an imposing Victorian Building overlooking Hyde Park, a stones throw from the Albert Hall, for the price of £13,000.

The main aims of the Institute were and remain so today, are to collect, preserve and facilitate access to historical documents and exhibits, pertaining to the contribution of the Polish nation, to the culture of mankind and Poland’s contribution to the Second World War and to act as a centre of information about Poland in The United Kingdom.

On 9th July 1947 Monsignor Włodzimierz Cieński blessed the building, during the ceremonial marching in and donation to the Institute, of the Colours of the Polish Armed Forces in the West, which were then displayed next to the pre-war Polish Armed Forces Colours.

In 1965 an amalgamation with the Polish Cultural Centre, which was created in London before the war, took place and the name was changed to the Polish Institute and Sikorski Museum.

In 1972 the Institute absorbed the Polish Historical Institute, previously, the Historical Commission of the General Staff.